Passive House Canada will participate at the Cities and Climate Change Science Conference, presented next March in Edmonton by the Intergovernmental Panel on Climate Change (IPCC).

A panel consisting of two urban–climate scientists and representatives from the cities of Vancouver and New York will highlight the developmental and other collateral benefits of high-performance buildings and how cities can model and predict emissions.

The UN and its agencies have identified the need for a rapid transition to high-performance buildings, as presented by UN Deputy Secretary General Amina Mohammed to NAPHN in October. With an increasing majority of buildings being urban, urban research and regulatory initiatives are critical. 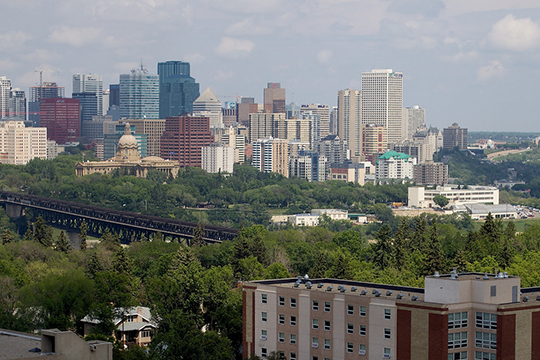 The Cities and Climate Change Science Conference takes place March 5–7, 2018. Organized by international, urban and scientific organizations, the conference aims to identify key research and knowledge gaps related to cities and climate change, inspire global and regional research that will lead to peer-reviewed publications and scientific reports, and stimulate research on cities and climate change throughout the IPCC 6th Assessment Report (AR6) cycle. Outcomes will help to inform upcoming IPCC reports and support cities and citizens in building low-carbon, climate-resilient and sustainable cities towards implementation of the Paris Agreement on climate change, the New Urban Agenda, and the Sustainable Development Goals.

Dr. Adam Rysanek, Associate Professor at the University of British Columbia School of Architecture and Landscape Architecture, participated in the development of the City Energy Model during his PhD studies at Cambridge University with the Energy Efficient Cities Initiative, a high-resolution tool enabling cities to model energy demand and emissions at city scale. Rysanek applied the model as a researcher at ETH Zurich’s Future Cities Laboratory in Singapore. He will explain how the tool can assist cities in reducing greenhouse gas emissions.

Passive House Canada’s participation at the Cities and Climate Change Conference is the first of three events taking place in Edmonton in March. The 200: Building Enclosures for High-Performance Buildings masterclass takes place on March 16, and the Passive House Pavilion and seminar series run during BUILDEX Edmonton, March 20-21.