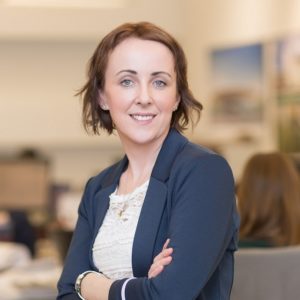 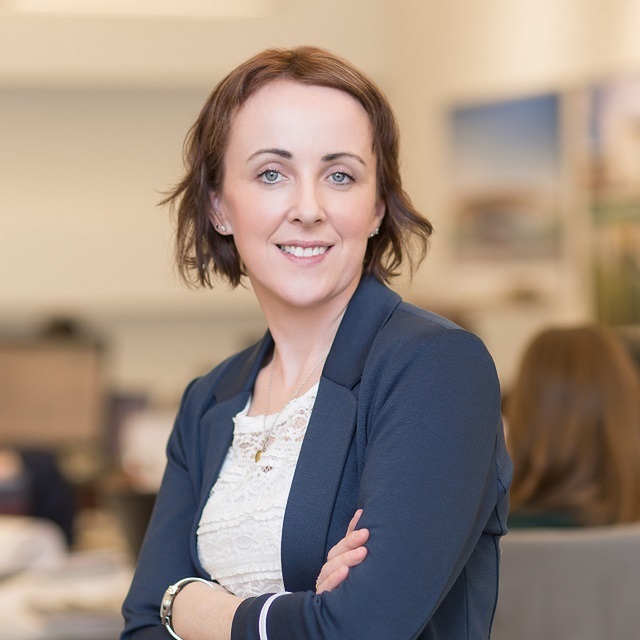 Deborah is driven by core values of sustainability, comfort and affordability, as well as solutions where a reduction in the energy demand can seamlessly integrate with daily living and working. She first discovered Passive House while completing her Engineering Charter while in Ireland in 2007 when most published Passive House works were still only in German. After a visit to the 13th International Passive House Conference in 2009 she returned convinced that this was the answer to all our building energy problems but now also understood that Passive House was more than just a building energy standard.

From this conference she and some of the visiting Irish Contingent formed the Passive House Association, Ireland, the first English speaking board affiliated with the International Passive House Association. Deborah, a Fellow of the Institute of Engineers, Ireland has trained and qualified as a Certified Passive House Designer and Trainer. She has also designed several significant Passive House Projects in Canada and Ireland. Deborah is the Vice President of Operations and Innovations at Quantum Passivhaus, a PH certified component manufacturer from Ontario. She maintains true to her belief that we can always do better, simply. 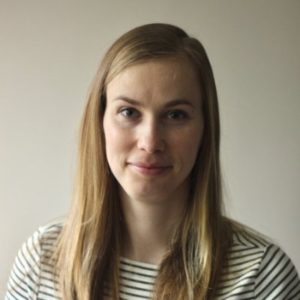 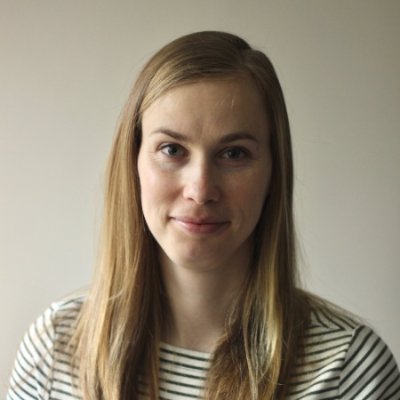 Evelyne Bouchard is a course instructor and board director at Passive House Canada. She is also a practicing architect (OAA & OAQ) and principal at Tandem Architecture Écologique, a small firm dedicated to creating high-performance sustainable projects at all scales through collaboration with like-minded professionals. Evelyne is passionate about the overlap between thoughtful design and technical rigour. She strives to embed Passive House design principles and measurable performance into the creative process to design projects that are durable, sustainable, functional and beautiful. 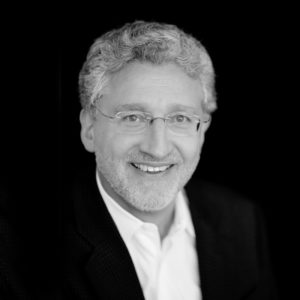 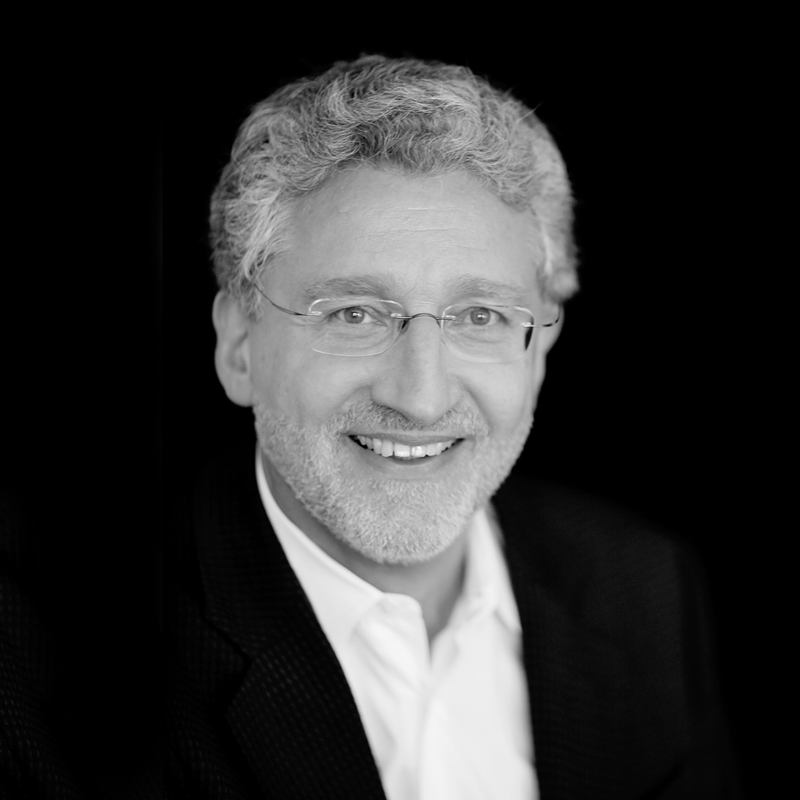 As Director of Finance for Perkins+Will Canada, Peter is instrumental in establishing the short and long-term strategic financial goals of the firm. Peter directs the firm’s day-to-day operations and reporting systems and is involved in legal and HR matters.

Perkins+Will’s Vancouver office has been committed to green practices since it’s inception in 1987, has been a champion of sustainability, committed to the 2030 Challenge and embraces the Passive House Design Concept as a next step in helping to transform lives and enhance community.
Having overseen the finances of Perkins+Will’s Vancouver office since 1987, Peter has a proven track- record of successfully managing budgets of hundreds of architectural projects. He is a strong believer that financial success is not excluding to honour the broader goals of society.

Prior to becoming Director of Finance for Perkins+Will, Peter served as CFO of the North Fraser Port Authority a federally incorporated entity where he worked with various user groups as well as different levels of government. Prior to that, he was employed at a local CPA firm after immigrating to Canada from Switzerland where he was raised and educated. 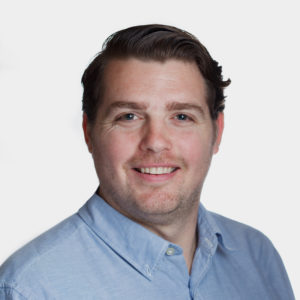 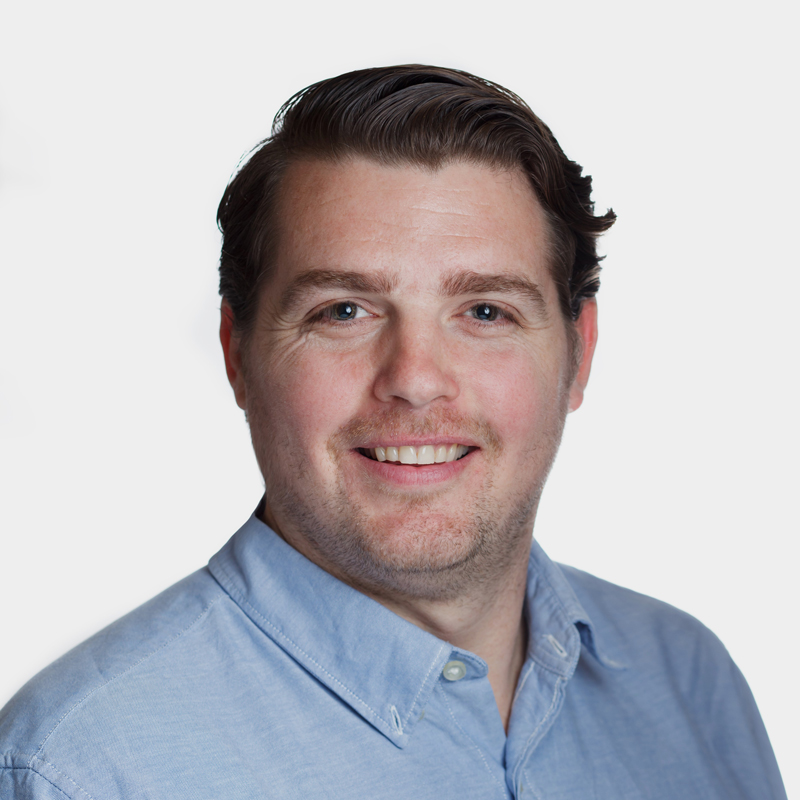 Chris is the President of B Collective Homes, a Vancouver based residential construction company, he is a Certified Professional Accountant, (CPA, CMA), Master Resident Builder (CHBA), and Passive House Tradesperson.

With a passion for construction, specifically innovation and disruption that provides healthy sustainable living environments, Chris has committed to promoting and building passive house projects. Chris brings his business and financial background to the board, providing effective strategy development, accounting stewardship and delivery of high-quality transparent annual reports. He has been a board member of Passive House Canada since October 2018 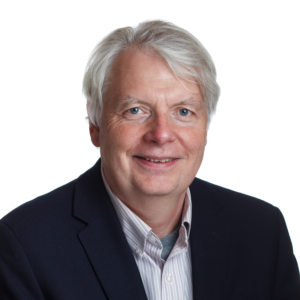 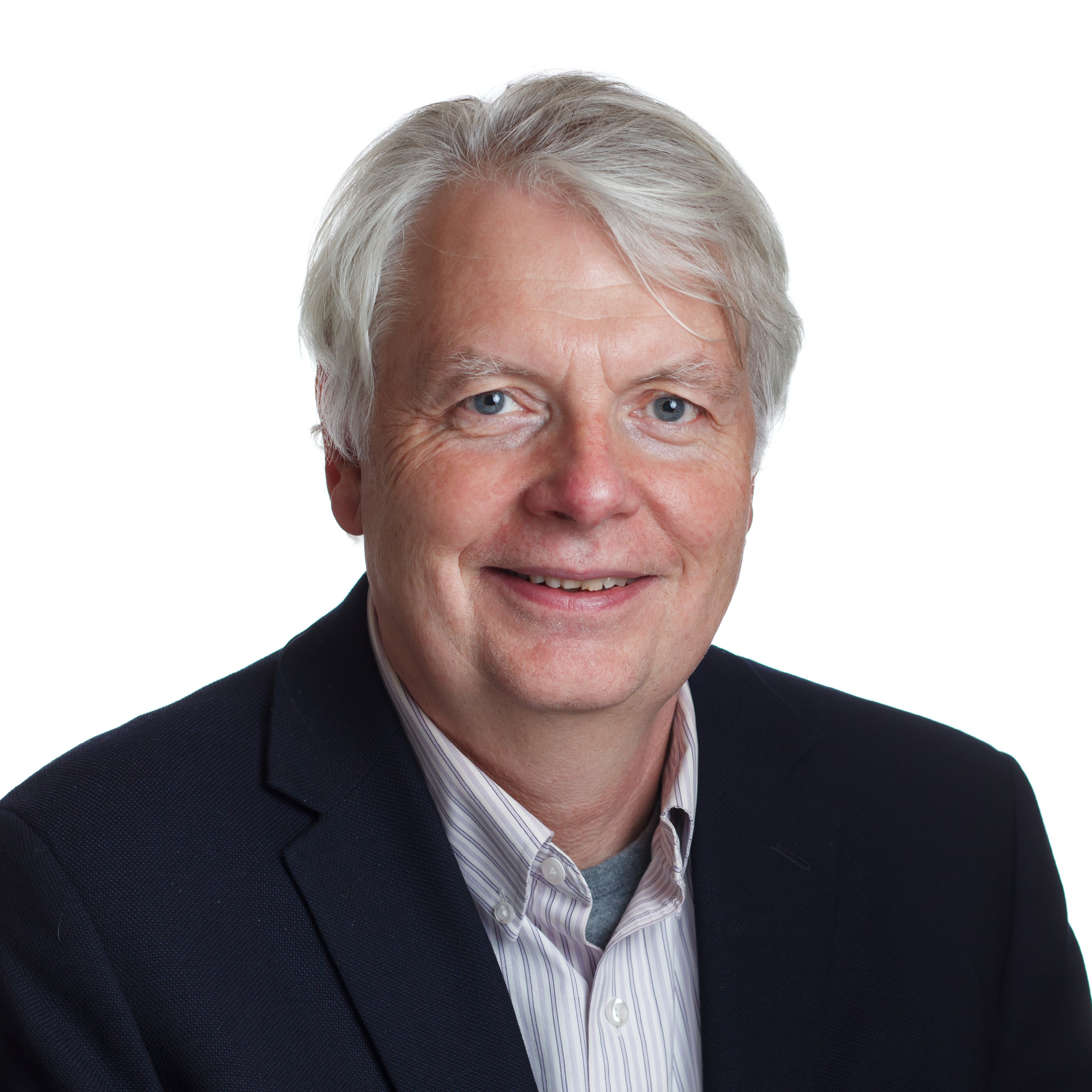 Scott has been a principal of Cornerstone Architecture, currently a 15 employee firm, since 1988. He is a Professional Engineer with a degree from University of Alberta and holds a Bachelor of Architecture from UBC.

Scott has committed Cornerstone Architecture to start the conversation about Passive House and its principles with each new client. The firm has had success and currently has an 85 suite mixed use 6 storey wood frame Passive House building under construction, and 11 additional Passive House projects at various stages of development.

“The Passive House concept is important and I believe we are just getting started. We must spread the word and protect it from being watered down, as it is a wholistic concept that delivers a reliable building if it is executed properly. Hopefully in the future the Passive House standard or something similar will be standard practise and our organization may cease to be relevant other than as a liaison to code committees on the subject. We can only dream.” 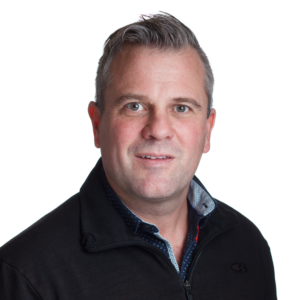 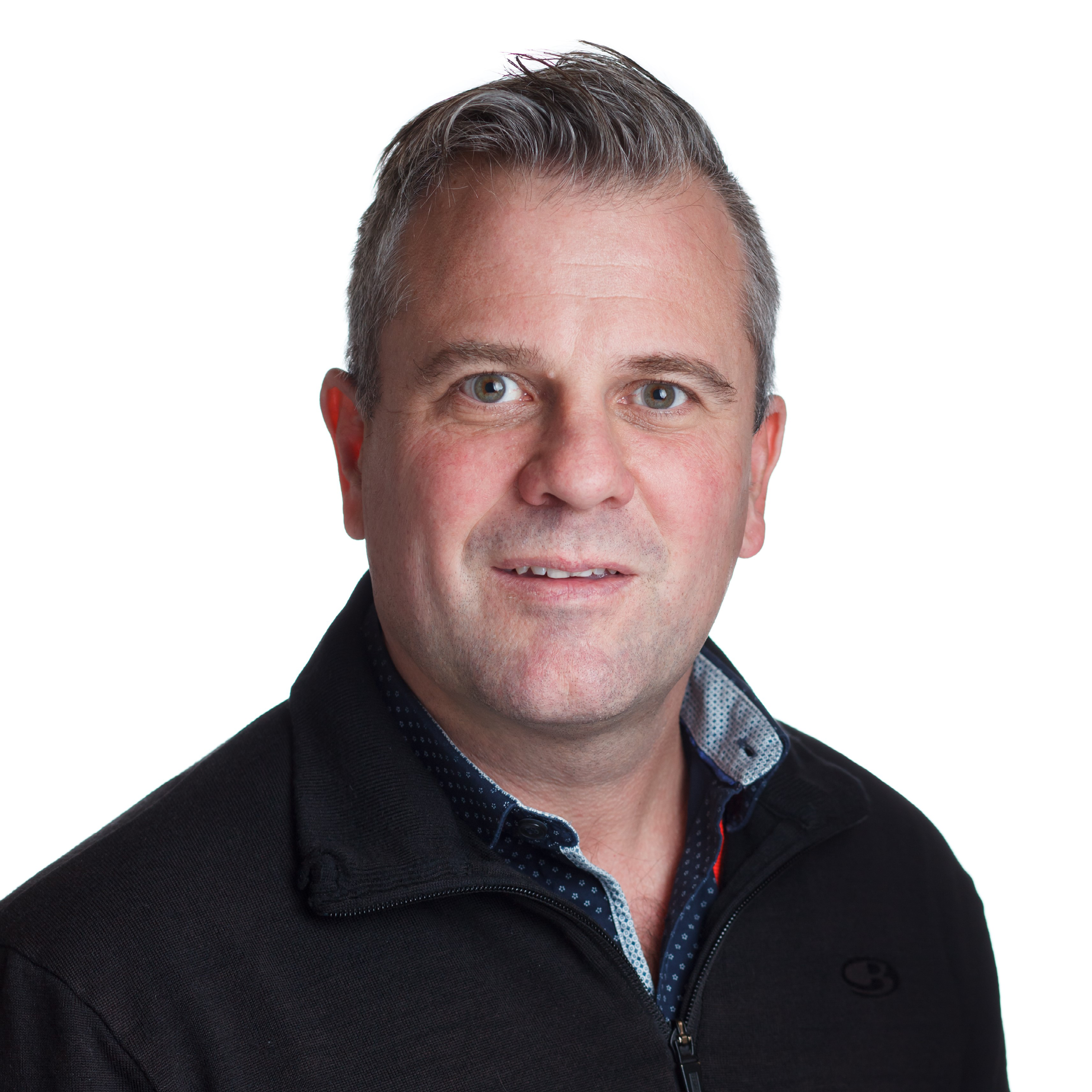 Marcel is a principal of Econ Group Ltd, a Vancouver based design-built construction company, he holds a Masters Degree in Architecture from the Federal Institute of Technology (ETH) in Zurich (Switzerland). Marcel has lived and worked in Canada for the last 16 years in his capacity as a designer, builder and most recently as a teacher of Passive House Canada’s Trades Person Course.

Since 2006 Marcel has been involved in various local Passive House projects covering design and construction while increasing his skills and knowledge in the fields of energy efficiency, building science and construction technology. He has been a board member of Passive House Canada since October 2014 holding the treasurer position. 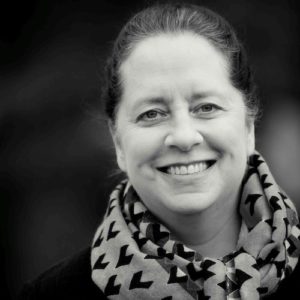 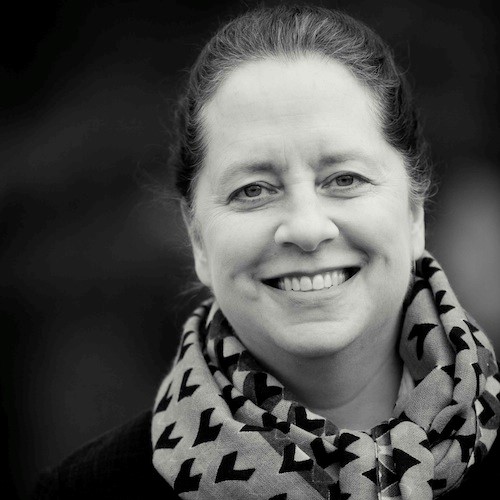 Suzanne has a lifelong passion for innovative and efficient building design and construction. Growing up in central British Columbia gave her a keen appreciation for the impact of good (and bad) construction materials and methods on the comfort and sustainability of buildings and the people inside them. She continued to learn about design and construction through avid self-education, two appointments to Victoria’s Advisory Design Panel and by taking the Passive House Design and Construction Training Course.

Suzanne’s career has focused on policy development, communication and implementation. She has worked with the government of British Columbia, provincial safety organizations and non-profits. She has been involved in energy regulatory issues and proposals for transformative energy efficiency programs. She is currently an Assistant Deputy Minister with the Government of British Columbia. 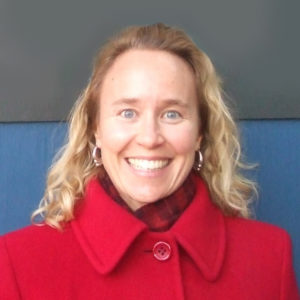 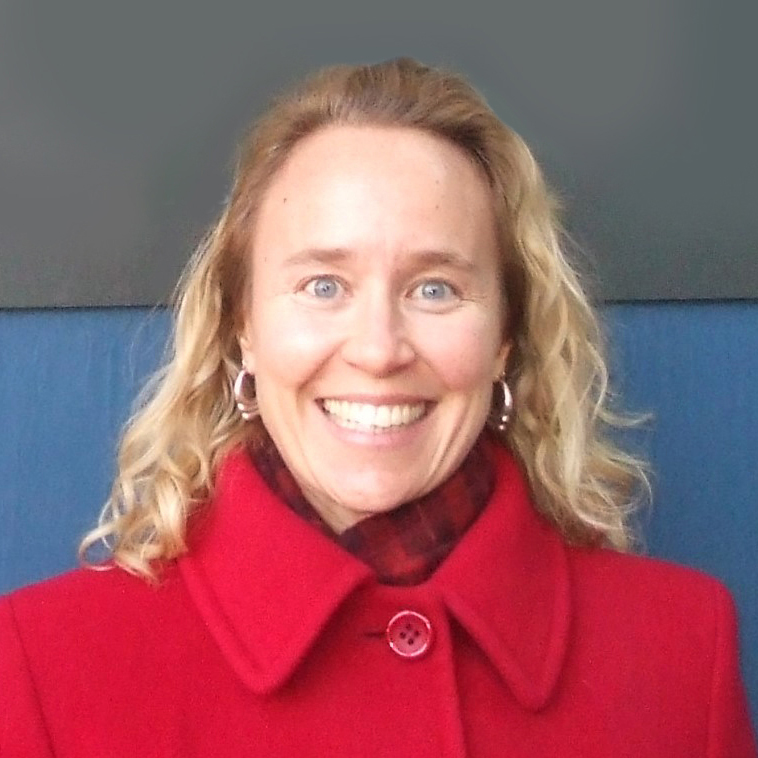 Andrea is a partner of Crum-Ewing, Poliacik, a Toronto based law firm that practices in real estate and provides advice to builders and architects, among other clients. Andrea is new to the board this year and is committed to raising awareness in the legal community and among her clients as to the healthy, sustainable living environment promoted by Passive House Canada. Andrea will lend her legal training and background to assist the board in navigating not-for-profit compliance issues. 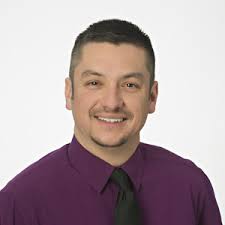 Jeremiah Point is the owner at Point Engineering, a company based in the Territory of Akwesasne. As a proud Akwesasro:non he is able to incorporate new technology with traditional values. Jeremiah is new to the board this year and is committed to promoting the Passive House Standard to all his clients. 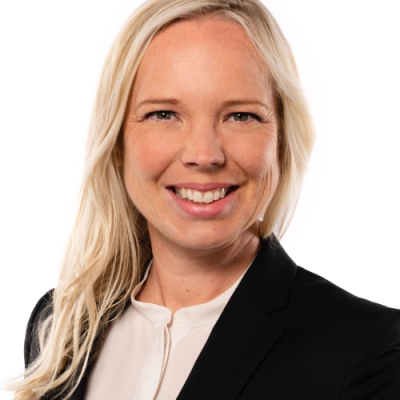 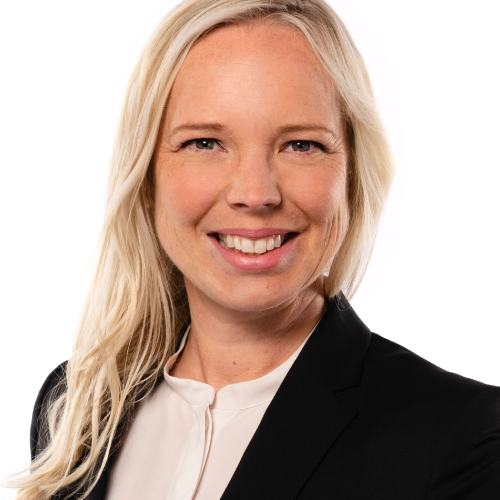 Ruth is passionate about sustainable communities and built environments. She is a planning consultant who has twenty years of experience in the architecture and planning fields with a specialization in pre-design planning and policy. Having earned masters degrees in both architecture and urban planning, Ruth is enthusiastic about applying her knowledge, research and training in social sustainability and Gender Based Analysis Plus (GBA+) to promote social equity in project work. Ruth’s work in the architecture field spans from Western Canada, to Gothenburg, Sweden and Tokyo, Japan. She has worked for a large multinational corporation to more recently having a leadership role in a small boutique planning firm. In the public sector, Ruth has experience in policy and space planning for provincial government (British Columbia), which has given her a deep understanding of planning and funding processes for capital infrastructure projects. In the private sector, Ruth’s expertise relates to planning for civic facilities such as community centres, and health facilities; one of her strengths is comprehensive stakeholder engagement. Ruth has recently acted as a panel member on the Advisory Design Panel for the City of Victoria.

On her spare time, Ruth can be found jogging around her home in Victoria, going for day hikes in the capital regional district with her family, or running after her kids at one of the local Pacific Northwest beaches.

Sarah is currently Manager of Capital Project at the YWCA Hamilton and is involved on a research project in partnership with TAF, CMHC and UofT on the new Putman Family YWCA. The most fascinating aspect within the PH community is the desire to share knowledge and more specifically the lessons learned. The general contractors, architects, project managers, and other professionals in non-for-profit organizations are all willing to get together to make it work. Sarah is keen to increase her knowledge in the energy efficiency field and is always on the lookout for prospective opportunities, like PV solar panels or PH retrofit. 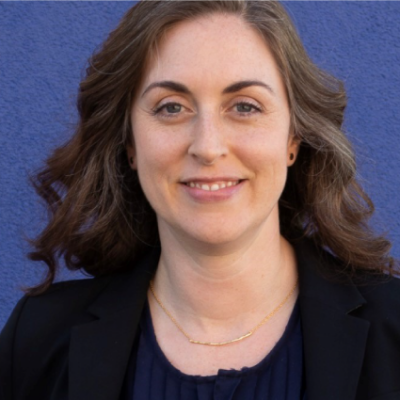 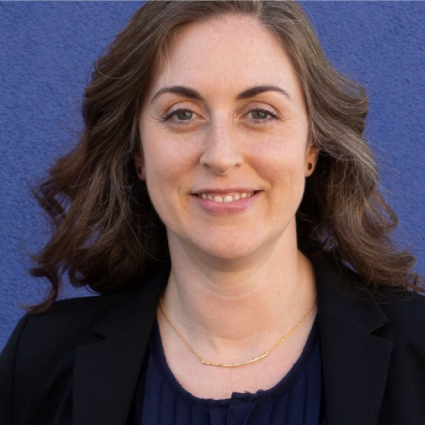 Rebecca is the founder of Montsera Project Solutions, a mutli-faceted project management consulting company specializing in guiding high performance projects for both new and existing buildings. Rebecca is a Certified Passive House Consultant and a certified Project Management Professional. She lives in the Metro Vancouver area and spends her spare time exploring the area with her husband and two daughters.