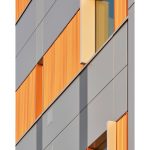 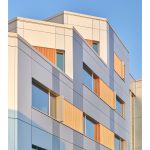 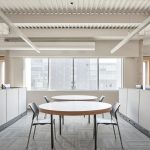 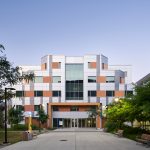 Humber College’s Building NX has transformed from one of the campus’ most inefficient buildings to an industry-leading example on how to perform a deep energy retrofit.

Originally targeting EnerPHit certification for retrofits, the final project design was able to meet the rigorous requirements of the Passive House standard and has been certified as such.

Driven by the College’s commitment to providing national leadership in developing sustainable campuses, an extensive retrofit for Building NX, originally built in 1989, was performed which addressed both the building envelope and upgrades to major core building systems. The innovative methods and environmental technologies include:

Today, Building NX is the most energy efficient building at the College and one of the most energy efficient buildings in Canada. The project emphasizes the critical importance of existing building retrofits in the fight against climate change. A 2009 report by the UN indicates that the existing building stock represents the most important opportunity to substantially cut GHG emissions however there are some challenges. Building owners often shy away from major renovations due to costs and disruption. Part of the motivation for the NX project was to provide an example to the Canadian design and construction industry on how to perform deep, net-zero ready, energy efficiency retrofits in Ontario’s climate and to encourage similar projects in the future.