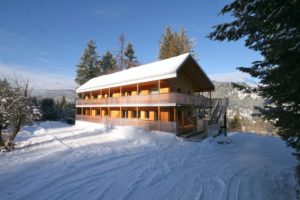 The Bedford RoadHouse, a certified Passive House Triplex near Nelson BC is a joint venture between Cover Architecture and local design/build, with financial support from the Province of British Columbia and Fortis BC. The project began in 2009 as a response to an RFP put out by the Province of BC to build “Super Efficient… Read more »