The first two articles in this series outlined the four imperatives for buildings to mitigate climate change and the level of operating efficiency required to do so. Meeting our commitments under the Paris Accord involves changing our building codes to require highly efficient, low carbon buildings. BC started early with the BC Energy Step Code adopted in 2017 and the national model building code system was tasked with this role within the Pan Canadian Framework on Clean Growth & Climate Change (the “PCF”). Under the PCF, signed in 2016, the federal and provincial governments, with the exception of Saskatchewan, committed to a net zero energy ready model national building code by 2030. In August, 2017 Canada’s energy ministers signed Build Smart – Canada’s Buildings Strategy mapping the path to the transformation of Canada’s buildings to deliver the results described in the PCF and meet our international commitments under the Paris Accord.

“Meeting our commitments under the Paris Accord involves changing our building codes to require highly efficient, low carbon buildings.”

The BC Energy Step Code was developed prior to detailed federal plans and represented a first attempt in the transformation of buildings energy performance. Passive House Canada engaged in the development of both the BC Energy Step Code and Build Smart and was pleased when both were released. Both required further work to deliver the promised outcomes, but represented a fundamental shift in thinking about building performance. For the most part, the need to change how we design and build was recognized, and the foundation seemed to be laid for further improvement in regulations. 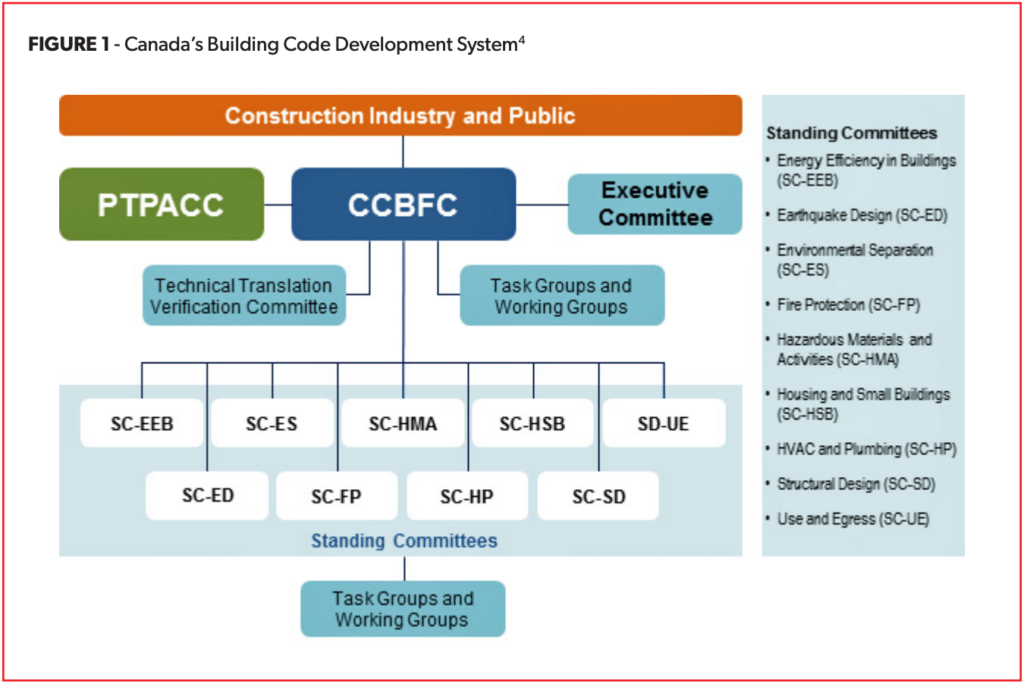 Some 3 years after the Canadian policies were put in place, it is apparent the regulatory & code development process is not delivering the promised outcomes. This article outlines some of the reasons for the disconnect between what was promised and what is being delivered. Canada’s Building Code Development System A quick look at how Canada’s code development system functions reveals the reasons for the growing divergence between Canada’s high level policy goals and the codes and regulations being developed. Building code development is directed by the Canadian Commission on Building and Fire Codes (CCBFC), a volunteer based decision making body with hundreds members drawn from a broad cross section of industry and government. It operates through numerous standing committees, task groups and working groups to deliver its mandate to oversee the development of our national model building code with support from the Provincial/Territorial Policy Advisory Committee on Codes (PTPACC). A diagram of the structure is found in Figure 1 above.

The path to net zero ready new buildings under the model national building code is planned as a series of steps, each representing an incremental improvement in operating energy efficiency. In this respect, the proposed path under the model national building code bears a clear resemblance to the BC Energy Step Code, which has helped to inform the national process. Building code provisions for embodied carbon and the incorporation of renewable energy are not currently being drafted.

In developing the BC Energy Step Code the need to move away from past practices causing the endemic “performance gap” (the difference between rosy energy model projections made during design and the actual performance of building upon occupancy) was recognized. To achieve the desired objectives, project proponents must be responsible for achieving specific measurable performance benchmarks. The need for other changes, including an increased level of professionalization, was widely recognized when the Step Code was launched and heralded as the start of a new era. However, after announcing high level policies or regulations, the real work is turned over to committees, such as the BC Energy Step Code Council and the national Standing Committee on Energy Efficiency, to work out the details.

“Systemic factors constrain the capacity of our code system to deliver the required outcomes, creating an urgent need for increased direction & accountability.”

It is in working out those details that our regulatory system has fallen short. The experience of Passive House Canada is similar to that reported by other participants in the system in a paper published by Efficiency Canada. Systemic factors constrain the capacity of our code system to deliver the required outcomes, creating an urgent need for increased direction & accountability.

The dynamic shifts once code committees start developing the details required to implement a high level policy. It is at this point those with vested interests in the status quo become more fully engaged, and the voice of those committed to market transformation is relatively diminished. Experience reveals Canada’s code development process is constrained in four fundamental ways:

Not surprisingly, such committees have been unable to move forward in a timely way, having to expend a great deal of effort to reach consensus on minor changes while remaining tied to past, ineffective practices. Given the current composition of code committees, consensus based decision making cannot deliver the outcomes promised in our national buildings strategy.

At a time when excellence is required, we have a system delivering mediocrity and falling behind schedule.

Although there are many examples of the watering down of performance outcomes offered by our proposed codes and standards, two examples illustrate how the current system entrenches the status quo: 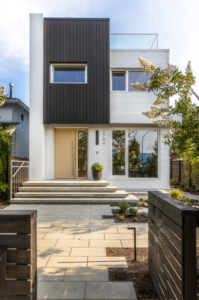 In addition to entrenching past practices, our code system has not been able to support performance levels required for meaningful gains in efficiency. For example, the Step Code Council has reduced the performance benchmarks to enable Part 9 homes to meet the lineal metrics of the top level of performance (Step 5), without meaningful improvement in construction practices7 . Furthermore, it is a simple matter to design a home meet Step 5 of the BC Step Code (similar to “Net Zero Energy Ready” in the proposed national model code) that barely meets or may not even meet today’s minimum building code prescriptive requirements for thermal performance. Builders are being trained in their accredited professional development programs how to achieve any level in the Step Code without substantially changing their practices or the quality of components. Despite the marketing fanfare, the Step Code is not delivering anything close to the outcomes required to address climate change, and the national model code is on a similar trajectory.

These examples are part of a pattern of reducing outcomes to accommodate those who are less comfortable with change. Each accommodation takes us further from where we need to be. Fundamental changes are required to enable the regulatory system to shift from a mindset of accommodating mediocrity to one of enabling and celebrating excellence.

Anxiety is part of any change, but the changes required to deliver truly efficient and low carbon buildings are not that difficult, as has been demonstrated by industry leaders across the country. Professional designers and builders quickly learn the required skills and are generally successful on their first project. Enabling industry leaders to change the norms rather than lowering standards to placate todays average is not only effective – it can be fun.

A Buildings Champion within Government

The extent to which Canada’s regulatory system is struggling to deliver outcomes is unsettling. Whether it be code development, funding programs, public procurement, developing a regulatory structure for energy advisors, or rolling out a public engagement program, the lack of vision, commitment and direction is striking. There are numerous committees, tasks forces, departments and ministries working on all manner of initiatives, often without coordination or a clear understanding of what needs to be achieved. Although there are often capable staff involved, it is difficult to find someone with authority to make decisions. Further study of issues not requiring study is common.

We have asked federal and provincial staff who their ‘buildings champion’ is – the leader they look to with the mandate and responsibility of ensuring appropriate targets, alignment and schedule. No such person has been identified in response to our enquiries. If the transformation of Canada’s buildings is a project, there is no project manager or leader to support the required decisions, to ensure the many actors are aligned, share a common understanding of what is to be achieved, and the time available to do so. Without such leadership within government, Canada is on the path to mediocrity in building performance, a path with no bottom. Each decision reducing outcomes sets the stage for the next decision to go lower still. There is a clear and urgent need for governments to appoint internal leadership with the expertise, authority and responsibility to keep the process on track.

“There is a clear and urgent need for governments to appoint internal leadership with the expertise, authority and responsibility to keep the process on track.” 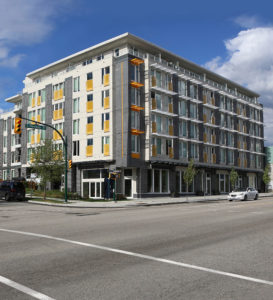 In addition to support from many within industry, there is broad public support for the outcomes our climate requires. Our elected leaders have repeatedly confirmed their support and adopted appropriate policies. Eventually, whether to avoid carbon tariffs on our exports, to demonstrate compliance with our Paris Commitments, to maintain a competitive industry or simply to meet the needs of Canadians, we must fundamentally change our building regulations and the process that develops them. Operating energy efficiency is the first issue Canada has chosen to regulate, but others must soon follow. Embodied carbon, renewable energy, circular economy and others must all be addressed to ensure a habitable planet. Those topics will encounter similar challenges and require a similar commitment to excellence for timely and effective solutions. We cannot afford to have all aspects of building performance falter as operating energy efficiency has done.