BC Building Code box ice, on right, lost about 40 per cent more volume during Ice Box Challenge than the Passive House box ice.

When our members Shaun St-Amour and Chris Hill opened the Ice Box Challenge ice boxes on Vancouver’s Olympic Village Square on August 14, they revealed how high-performance design and construction yields energy-efficient benefits even during a summer heatwave.

On August 14, we opened the boxes before an audience of about 100 Passive House supporters, media and curious onlookers. Josh Usher of MistyWest, the Vancouver-based company that monitored the ice box performance throughout the event, announced the weights of the remaining ice to the 100 expectant and curious people: 639 kilograms of ice remained in the Passive House box. Only 407 kg of ice remained n the B.C. Building Code box.

A high-pressure ridge had settled over the region soon after July 27, challenging each of the building standards to perform under heat-wave conditions. While the temperature inside each box varied by less than a couple of degrees on any day, it was clear when the boxes were opened that the extra insulation in the walls, floor and ceiling of the Passive House box, along with its northward-oriented window made a clear difference. The ice inside the Passive House box was still a solid, straight-edged block. the normal-insulated Code box had had absorb far more heat coming through the structure’s walls and roof—the top layer of ice was only about 5-10 cm thick, and the sides of the ice blocks had lost their sharp, straight edges as well as a lot of volume around the sides.

As part of Ice Box Challenge, we had invited members of the public to submit their guesses of how much ice would remain in the boxes. Alex Yakovenko won the Ice Box Challenge competition’s first prize, a Whistler getaway with a tour of Whistler-area Passive House buildings. Bernadette Zuniga won a one-year Science World membership.

In the end, however, the biggest winners of the Ice Box Challenge are the Passive House community. The event was held to raise awareness of the benefits and affordability of high-performance buildings among Vancouver-area residents. Significant coverage of the event by online and traditional media got the word out, while social media extended the event’s reach within and beyond B.C. Since the event started, Seattle has contacted us for information to help them host their own Ice Box Challenge later this year, and New Zealand is also planning a similar event.

Ice Box Challenge was run by Passive House Canada, with support from the City of Vancouver, Vancity and members of the local design and construction industry. We thank everyone who volunteered time, donated materials, supplies and expertise, and who cheered the project along. 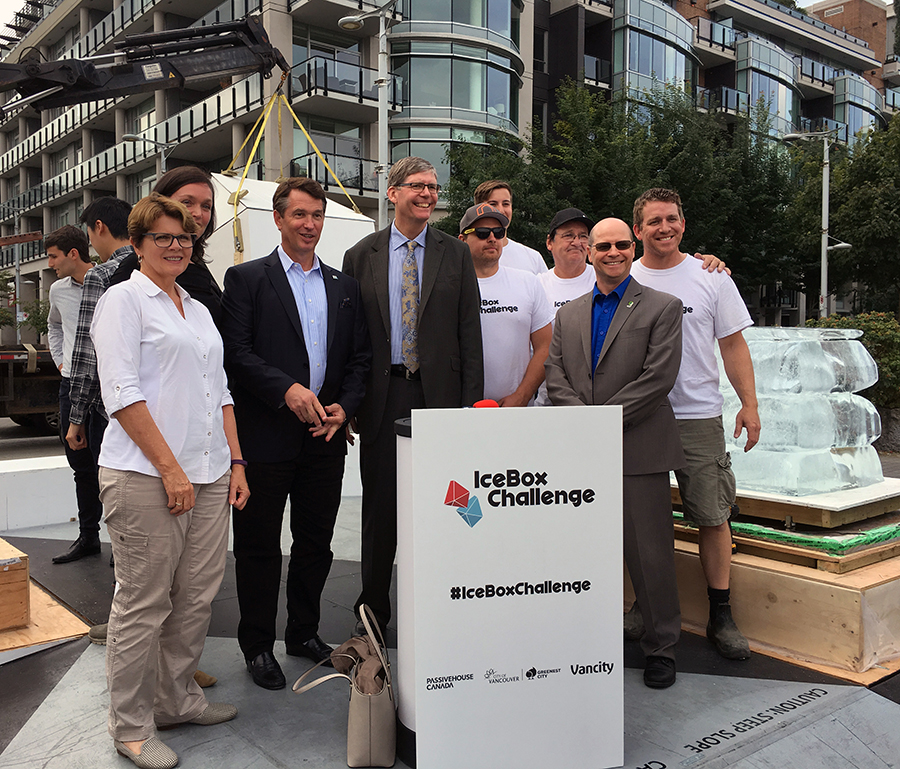