New board members share a passion for sustainable building

This month, Passive House Canada welcomes four new directors to the Board of Directors, as well as one returning director, engineer Jeremiah Point.

The directors, who officially began their tenure on January 1, 2023, were elected and confirmed at the Passive House Canada Annual General Meeting held on November 16. The Board of Directors is an oversight body that guides Passive House Canada in fulfilling its mission.

Representing Canada’s building industry from coast to coast, the new directors hail from diverse career backgrounds and interests but are unified by a passion for sustainable development and a desire to get involved. 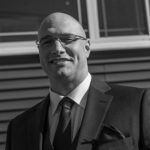 Jeremy Bryant, architect and a managing partner of LAT49 Architecture Inc., joins Passive House Canada’s Board of Directors from St. John’s, Newfoundland and Labrador, where he is one of only three designers in that province to be a Certified Passive House Designer/Consultant (CPHC/D).

“Passive House is starting to catch on [in Newfoundland and Labrador] and we’ve been pushing it a little bit with some of our commercial clients,” says Bryant, who notes that, in the past, the prohibitive costs of flying to Halifax has been a barrier for Newfoundlanders wishing to take Passive House Canada courses.

The recent shift to online learning for the 120P series – due to the pandemic – opened up new avenues for Canada’s more remote learners. Bryant jumped at the opportunity.

Still, says Bryant, the sustainable building community in the Atlantic provinces needs to grow, and that growth will depend on changing hearts and minds. “There’s a bit of a mindset shift that needs to happen. I think the trades will certainly be an issue, and I think it needs to start with government. There needs to be better legislation.”

“The type of person who always gets involved,” Bryant says he also currently serves as president of the Newfoundland and Labrador Association of Architects – his sixth term – and was previously vice president and councillor.

His vision for his term as a Passive House Canada director is to open the Atlantic region to Passive House and increase east coast memberships. 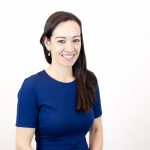 Victoria, BC-based engineer Susan MacDougall has always had sustainability at the forefront of her values. Having done Passive design work in the early 2000s, MacDougall says she “grew up with those principles [of Passive House design]”.

A founder and CEO of Focal Engineering, MacDougall has a great deal of experience with boards and governance. “I think that’s a way of having some influence in helping to do good outside of our current organization,” she adds.

“I was looking for a role [in an organization] whose principles I really believed in, where I thought some of my other work could align and hopefully help make a difference,” says MacDougall, whose past associations include membership on several important committees, including the BC Step Code Part 3 Technical Subcommittee and the BC Existing Buildings Code Committee; chair of IBPSA BC; councillor for Engineering & Geoscientists BC; and a director for the Light House Sustainable Building Centre.

“I’d love to hear from the Passive House community as to what they’re looking for. If people have ideas or feedback, I always appreciate hearing from people who are practicing on a day-to-day basis,” she says.

It was the “performance gap” between predicted and actual energy use in buildings that led Marine Sanchez to Passive House. After completing a Master’s degree in sustainable buildings at Oxford Brookes University (UK), Sanchez was dismayed to discover the stark difference between buildings’ modelled and monitored energy consumption – with the actual energy use reaching 1.5 to 3 times the predicted usage when looking at the UK’s average building stock.

That gap led Sanchez to become a Certified Passive House Designer/Consultant (CPHC/D) in 2013, and, within a few months of completing the course, she became a CPHC/D course instructor.

Through the pandemic, though, Sanchez says she became increasingly insistent on supporting larger, more meaningful climate action. “I had to really stop and take stock of where I was. What roles, what actions can I [take] that will lead to me having the biggest impact I can provide? How can I maximize my contribution to climate action?”

That thinking led Sanchez to apply for the Passive House Board of Directors – a role, she is “absolutely thrilled about.”

Sanchez says society is “moving in the right direction,” but she hopes that the pace of industry change rapidly escalates. As a director, she looks forward to collaboration, “because I strongly believe that we’re stronger together,” says Sanchez, who is also concerned about broadening the Passive House community’s lens and actions to support equity, diversity and inclusion.

“We cannot make a real dent in our climate crisis if we’re also not addressing the social crisis. Environmental justice is tightly connected to social justice. We also have to make sure that the measures that we’re talking to governments about are not hitting the people that are the most in need,” she adds. 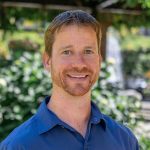 Certified chartered accountant (CPA) Christopher Walker has been a member of the finance team at Perkins + Will for the past 13 years. In fact, it was discussions with teammate Peter Thaler, who this year steps down from his role as Treasurer for Passive House Canada, who encouraged him to consider applying for the Passive House Board of Directors.

“I’ve had a business services role in the industry for some time now” says Walker. “I’ve found that I can often offer a fresh perspective coming from outside of the industry-specific technical expertise.” he adds.

Like his fellow Directors, Walker has sought out purpose-driven roles. “One of the three core values [at Perkins + Will] is around sustainability. We see it as our moral value, where we need to be pushing and supporting the industry, and organizations like Passive House Canada, which are built around the same values,” says Walker, who looks forward to supporting Passive House Canada’s finances.