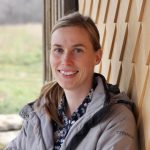 After wetting her feet with Passive House projects at Local Practice Architecture + Design (British Columbia), architect Evelyne Bouchard returned to her roots, starting her firm, Tandem architecture écologique, in Hemmingford, Quebec in 2017. While designing high performance buildings, Bouchard has remained active in the Passive House Canada community. She was elected to the Passive House Canada board in 2017, taking on the role of Vice Chair. She has been teaching technical courses for Passive House Canada for five years, and more recently helped develop a French-language version of PHC’s 120 series, which she co-teaches with Philippe St-Jean. Bouchard is also a course instructor at McGill University’s Peter Guo-hua Fu School of Architecture.

Sustainability has always been near and dear to my heart. When I was in Vancouver, people were talking about LEED and other standards. I wanted to push myself further and ended up in a night course taught by Dr. Guido Wimmers in a University of British Columbia basement at the very beginning of the whole Passive House movement in Canada.

A whole lot of folks who were in that class are very much involved in Passive House Canada: Scott Kennedy was in that class, as was Cillian Collins. It was this seed group of people who were like, “Huh, this is really cool.”

How many Passive House-certified architects do you estimate are in Quebec?

There are a few folks doing really great stuff in Quebec, but I feel like we’re still several years behind the rest of the country and figuring out how to get the message out.

Through Passive House Canada we’ve trained roughly 15 people a year over the last three years, give or take. Then there are other folks who are active in the space too, outside of the training we’ve given. So, as a very rough estimate, there are maybe 60 or so [across Quebec].

“If we are going to electrify transportation and industry, that energy has to come from somewhere, and efficiency is the most sensible and cost-effective way to free up capacity on the existing electrical grid.”

You recently built your own Passive House. What was that experience like?

It was a wild ride and a really incredible learning process in terms of just having that day-to-day contact with a project. It was also fairly insane, because I was doing it in the middle of a pandemic while still working full-time. We did a portion of the work ourselves and also worked directly with local carpenters.

Because the licensing for construction in Quebec is very complicated, the carpenters had their carpenter’s licenses, but they didn’t have their general contractor license for new house construction, which is quite onerous in Quebec in terms of paperwork and insurance.

That meant that technically, I was the general contractor for this self-build project. I had direct contact with the entire team. I was doing all the coordination and ordering of materials. It was really hands-on — like, every box of screws, every piece of wood on this project I ordered and coordinated with the crew. But they were terrific. None of them had ever done this kind of project before, because it’s still early days in Quebec, but they were very attentive and openminded and really good craftsmen. 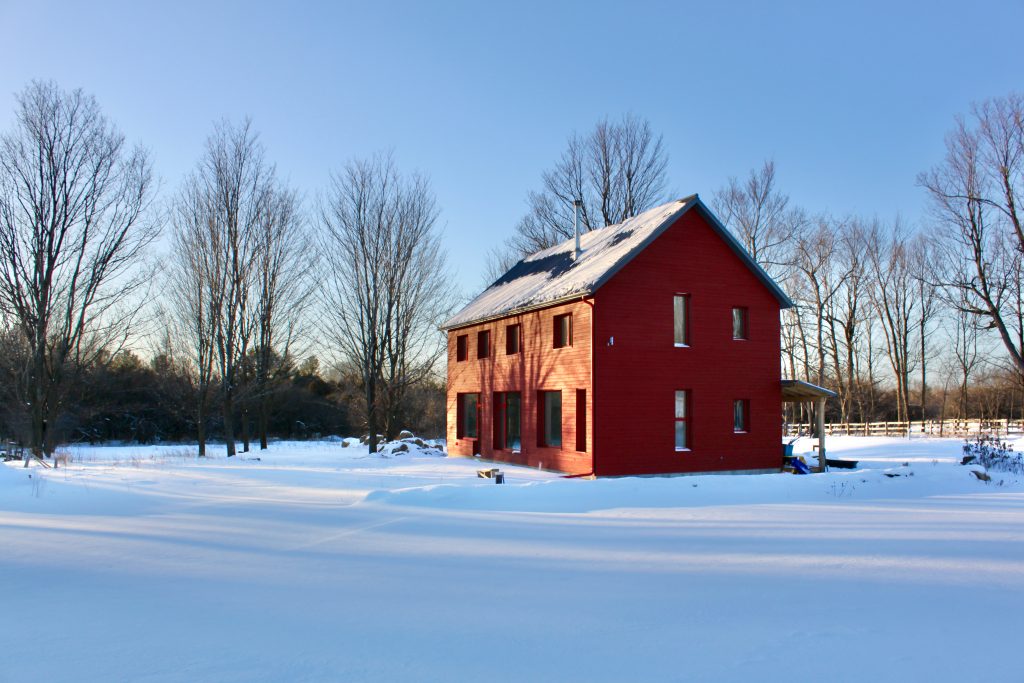 Is the different regulatory environment in Quebec a hurdle for bringing more Passive House projects to that province?

I don’t think it’s the only obstacle. I feel like the hurdles are really multifaceted. It’s also the fact that electricity in Quebec is super cheap and so Passive House seems less urgent — and it’s primarily hydroelectricity, which has very low greenhouse gas emissions, so we’re like, “It doesn’t really matter.” But it does. If we are going to electrify transportation and industry, that energy has to come from somewhere, and efficiency is the most sensible and cost-effective way to free up capacity on the existing electrical grid.

In contrast, the Ontario Architects’ Association (OAA) has been very progressive by declaring that climate stability is a public health and safety issue, and therefore falls under their mandate to protect the public. This means that everything they do can happen through the lens of climate action. It really shapes everything they do. Quebec hasn’t done that at all.

Quebec has been super progressive when it comes to electrifying transportation. There is a ton of momentum and funding. Yet, I feel like we’re just not there in the same way for building efficiency. Buildings are complicated, right? Every single one is custom.

What is your biggest challenge in designing to PHI standards?

Window supply. I still don’t have a whole lot of options for windows. I have my go-to, but it would be nice to see more, especially PHI-certified cold-climate windows.

Are people generally becoming more aware of the importance and value of the materials in their building? The energy efficiency of the design?

I named my firm “architecture écologique” to hold myself accountable – this had to be the focus. So I think that people who come to me are already in that mindset. But I do think that people are becoming more aware and conscious of energy efficiency. You can’t read the news without reading about either the effects of climate change or strategies to mitigate climate change. It’s very much front and center.