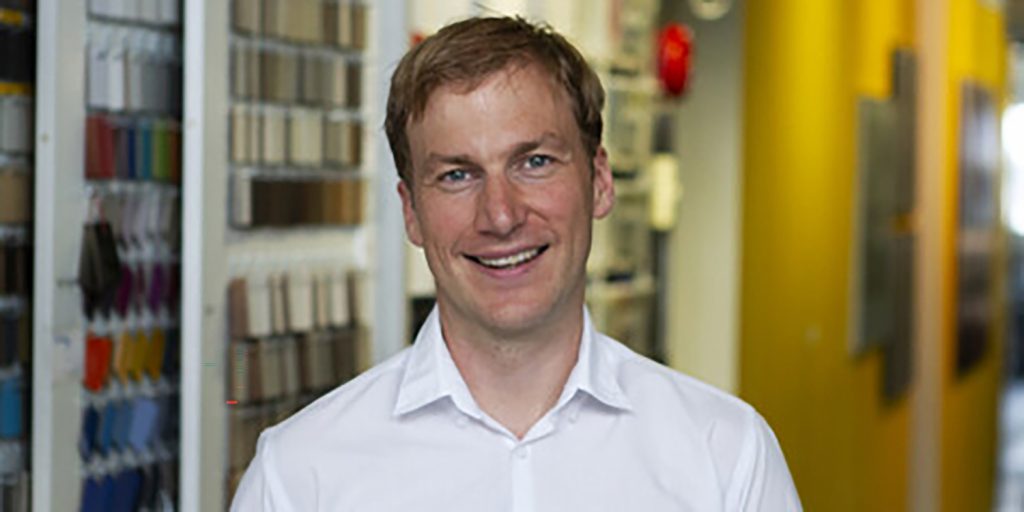 You started your career in Europe, what were your early days like building high-performance buildings?

I am Irish. I studied at the University College, Dublin at the School of Architecture. As a student architect, I worked in Dublin and the UK and did a study abroad program for a year in France. What appealed to me about architecture was the blend of art and science; the creative aspect and the technical side of it.

Coming out of university, I worked in Ireland, mainly in a small firm in Cork. For my first project, I was tasked with designing a single-family house, where the client wanted something more modern, simple, elegant and something sustainable. At that time, there was, I think, one Passive House project in the UK and one in Ireland. It hadn’t really caught on yet. That’s when I went into further Passive House training in Germany.

What was it like coming to Canada after working in Europe?

I worked in Ireland for about seven years and came to Canada in 2013. At the time, LEED was the leader pushing the markets. I can see why in the North American market, LEED made sense because certain things were covered in regulation in Europe that LEED helped close the gap. I also do appreciate the holistic focus of LEED – on water and waste management. Whereas, the Passive House Standard has a narrower but more in-depth focus on energy, comfort, carbon, and indoor air quality.

When I arrived, I could see that some things were better here, certainly the projects were bigger than I was used to and happened faster, but some things could be improved and I had the tools and experience that were helpful; I arrived at a good time.

How did the Passive House training help your skill development?

Architecture school helps prepare you to develop an approach to problem solving and presenting ideas, both graphically and conceptually, but it can take a while to build up the technical knowledge of how buildings come together. The Passive House Standard helped accelerate that knowledge.

I remember for that first single-family house, there was a lot of discussion about where the windows sit in the wall. At the time, the traditional practice in Ireland and the UK was that you build double-cavity masonry walls with insulation in the middle. The window would sit on the inner concrete block with a concrete sill, but that’s a thermal bridge. With Passive House, you want to minimize thermal bridging, so you have to push it out into the insulation layer. And that creates an interesting dichotomy, between design, structural constraints and performance; you try to find that sweet spot between conflicting requirements

An added benefit of the Passive House courses, you are there with builders, engineers, and architects; it’s not just one discipline. You get exposed to different perspectives and responsibilities on a project; I welcome that. When I first arrived in Canada (without a job) I enrolled in a Passive House course (by the predecessor to Passive House Canada); even though I had previously done the training and worked on projects. It allowed me to learn local practice and meet people – some of the people I met through that course are very good friends today.

I then started teaching with Passive House Canada and that allows me meet people across Canada and have a wider impact beyond my immediate project work. I’m also continuingly learning, both from students and fellow instructors.

“An added benefit of the Passive House courses, you are there with builders, engineers, and architects; it’s not just one discipline. You get exposed to different perspectives and responsibilities on a project”

Tell us about a recent project you’ve been working on.

One project, called Solo. It’s a small project off-the-grid, north of Whistler, BC. It’s a harsh climate and it had to be sustainable and self-sufficient. It is a mass timber and a PHI Low Energy certified building. It’s a prototype project for larger multifamily and high-rise projects.

It was interesting from a number of perspectives; the size and the design challenges. We had a very good team on it – I have to recognize my colleagues that worked on it – and a very good client. This was another project that had to reconcile design and performance in responding to the climate and site constraints. There was a mountain to the south, which made it hard to get winter solar gains and the view was to the northwest down the valley. The space was to be a retreat, not just a single-family house, so it had an open area a double height space; all of which hurt the performance metrics as Passive House measures them.

Being off grid, the aim was to minimize the amount of materials that were used and being a precursor and a showpiece for larger projects, we wanted to showcase mass timber, using dowel laminated timber, cross laminated timber and different types of engineered timber systems.

For this project you looked at embodied carbon, how did that factor in?

During the design phase, we did a preliminary embodied carbon analysis, looking at the difference between concrete, steel and wood and the benefits of moving towards mass timber.

With Passive House, we look at performance targets and metrics, but with embodied carbon it uses a reference model approach, looking at what we could be built using traditional materials and methods and how can we do X percent better. There is an ISO standard around it, the embodied carbon modelling protocols are continuously being refined and suppliers are increasingly providing EPDs (environmental product declarations). There are also a growing number of tools that plug-in to the likes of Revit and PHPP that help architects and design teams make decisions to reduce embodied carbon. Just recently, the City of Vancouver became one of, if not, the first to introduce embodied carbon requirements for buildings.

For this project we didn’t have targets, but there was a desire to reduce embodied carbon. We did a preliminary LCA (lifecycle analysis) around structural materials to review the benefit of pursuing an engineered wood structure over steel and concrete. The modelling gets complicated when you start looking at accounting for biogenic carbon (or carbon sequestration). Right now, we are doing a post-construction LCA that accounts for life-cycle stages A, B and C, covering production, construction, use, maintenance, and end of life phases and includes mechanical as well as architectural and structural components. So, it is a project that we are continuing to learn from.

Have you seen the market in BC for high-performance buildings shift over the last ten years?

I’ve certainly seen a lot of acceleration and market transformation. I arrived at an opportune time. Vancouver has its own charter and could do things on its own. It had its action plan to be the greenest city in the world by 2020. There was action behind that and I saw the market develop. They introduced performance targets for buildings. More recently with the BC’s building step code, it took lessons from the Passive House Standard: introducing TEDI (Thermal Energy Demand Intensity) targets, airtightness targets and a move away from the reference-based standard. And now, we are seeing it evolve with Vancouver’s new embodied carbon focus; so, there has been a large transformation and it keeps going.

As a Passive House instructor, it used to be the converted taking courses, the architects and builders who are already on the cutting edge building high-performance buildings. Whereas now, you have people coming from all over because they see where the market is going. With COVID, we moved to online teaching and we have people joining online classes from all over Canada. So that’s been a benefit, the classrooms are getting bigger and the reach is getting wider.

On larger projects, when I first arrived in Canada, we’d rely on products from Europe and Asia. On windows alone, there was maybe one certified window available locally in Canada, and now there’s probably 10 or 11 and they are timber, aluminum, fiberglass, etc.

In the last number of years, there has been a push to build high-performance buildings and tackle climate change, along with a parallel development in digital fabrication, prefabrication, robotics and efficiency in how projects are delivered. The political and regulatory climate is changing, along with the skills of people on site or putting buildings together.

The macro scale of tackling climate change can be daunting, and some of the political baggage that comes with the discussion is somewhat unfortunate. When you think about Vancouver, being in a seismic zone, we don’t ask building owners and occupants if they wish to comply with the latest understanding of seismic codes and engineering best practice. Likewise with fire regulations, it is not a choice or something they have to pay more for. But for energy and carbon impacts, which pose real societal risks through heatwaves, flooding, and forest fires, we treat it as an opt-in choice and push the decision and cost over to the homeowner. But when I see Passive House classes with 60+ people from across Canada or projects that are incrementally tackling embodied carbon, it gives me hope.