This is the second in a series of articles by Rob Bernhardt, Advisor Projects and Policy for Passive House Canada. The first article can be read here. Rob has worked with international agencies, national, provincial and local governments in developing building policy. Prior to that he developed and sold certified Passive House buildings and lives in the first certified Passive House on Vancouver Island, in Victoria, BC.

The UN, UNECE, EU and numerous other bodies have identified operating efficiency as the first step, a position supported by the findings and recommendations of a host of international agencies. For years, the International Energy Agency, of which Canada is a member, has identified efficiency as the first fuel, meaning efficiency is to be maximized rather than simply increasing energy supply to offset consumption. The Global Roadmap published by the Global Alliance for Buildings and Construction, the UN designated initiative arising out of the Paris Accord, states that total energy consumption from buildings must be reduced by 30% notwithstanding a doubling of floor area over the coming years, which translates to a 60% reduction in total energy use per square meter even in the face of rapidly increasing cooling & dehumidification demand in developing nations. These agencies recognize it is far better to maximize efficiency than to look for ways to increase the supply of energy. Not only does maximizing efficiency support the transition to a low carbon grid, it delivers the array of other benefits such as health, comfort, affordability, resilience and fostering of innovation.

The urgency to immediately and drastically reduce energy consumption is highlighted by the IPCC in its report on mitigation pathways compatible with 1.5ºC warming above pre-industrial levels. Current pledges under the Paris Agreement are not sufficient; global emissions must peak before 2030 to remain within 1.5º and marked emissions reductions achieved by 2030. Demand reduction through efficiency measures are central to any pathway. Removal of C02 from the atmosphere, although required, cannot be relied upon as a substitute for demand reduction as it is unproven and represents a major risk.

Given the urgency and scale of response required, what does ‘maximize operating efficiency’ mean?

To answer that question, we can look to thousands of buildings demonstrating what is currently being accomplished. Projects such as the BCA Centre for Sustainable Buildings in Singapore and the Magic School of Green Technology in the National Cheng Kung University in Taiwan (Note: This site is written in Chinese, you will need to translate this page in your web browser) appear to have achieved excellent performance through the application of fundamental building science and energy modelling practices, without relying on an established building standard. Both were early projects with impressive results. A variety of demonstration projects around the world have by now illustrated pathways to similar performance. However, the majority of projects seeking to maximize operating energy efficiency have relied upon the methodology outlined in the international Passive House standard and used the PHPP modelling tool. The Passive House standard sets performance benchmarks that apply to the majority of buildings and is widely recognized as the most stringent energy efficiency standard in the world. Additional energy loads are permitted for buildings in hot & humid climates with high dehumidification needs, special use buildings, high rises, etc. where designs & technology do not exist to meet the standard benchmarks.

The scale and scope of buildings achieving Passive House performance levels (regardless of the methodology relied upon), their modest costs and decades of experience, demonstrate it is possible to achieve at least that level of performance with today’s knowledge and technology. Tens of thousands of industry members have been delivering such performance in all climate zones. Some projects, such as the Saskatchewan Conservation House, have been operating since the 1970’s – the science is not new. Given the time, geographical diversity and scale of buildings achieving at least Passive House performance levels, arguments disputing their feasibility, cost, reliability, etc. of that performance level are simply inconsistent with the facts. Tens of thousands of projects around the world stand as proof it can be done.

If Passive House levels of operating efficiency, or better, can be delivered at scale, has a benchmark level been identified by policy makers in a world where many buildings claim to be “efficient” or “green”?

The EU has been a leader in building performance, adopting the Directive on the Energy Performance of Buildings in 2010. It defines a ‘nearly zero energy building’ as:“… a building that has a very high energy performance, as determined in accordance with Annex I. The nearly zero or very low amount of energy required should be covered to a very significant extent by energy from renewable sources, including energy from renewable sources produced on-site or nearby”

“That Directive went on to state EU member states shall ensure that by December 31, 2020 all new buildings are nearly zero energy buildings.”

The resulting guidelines represent the UN’s statement of what is required not only to address climate change, but to achieve the UN Sustainable Development Goals, which include a range of social aims. The UN Framework Guidelines for Energy Efficiency in Buildings approved in June, 2017 represent a global consensus of appropriate goals in relation to buildings. Those guidelines are expected to be updated, but currently read: 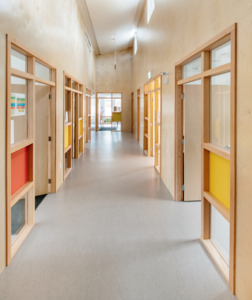 “3. Economic growth and the quality of indoor environments have depended on increased primary energy use. Shifting that reliance to renewables requires a holistic, systems approach to building design, delivery and operation and a paradigm that envisions buildings as energy producers and not solely or primarily as energy sinks. At costs equal or close to those of traditional buildings, it is possible with today’s technology to transform buildings to align with the highest standards of health, comfort, well-being and sustainability, including improving energy productivity and reducing CO2 emissions.

4. The energy required by buildings can be reduced to a level that can be supplied largely, perhaps exclusively, by non-carbon-based energy. While further improvement in renewable energy technology and electrical and thermal storage is to be expected, the results will be more immediate and robust if buildings are transformed fundamentally in terms of their energy performance. Limiting building heating and cooling requirements to 25 kWh/m2-a (final energy in conditioned space) each reduces energy needs sufficiently to permit renewable energy or zero carbon sources to meet most or all of the remaining space conditioning energy requirements. Total primary energy use in buildings’ conditioned spaces, including heating, ventilation, cooling and hot water, can be limited to 45 kWh/ m2- a or, including plug-in loads (appliances), to 90 kWh/ m2-a. Over time with improvements in technology and materials and with enhanced connections to the built environment, these targets could be improved further. In parallel, there will be need for effective controls for generation, distribution, and emission at full and partial demand loads to match energy use with building and occupant needs.”

As one of the drafters of those guidelines, those goals sought to ensure buildings target the highest levels of performance currently deployed at scale, which is the international Passive House standard. As a result, the energy use metrics, when averaged for all buildings, both new and existing, in all climates, approximate Passive House performance. This position is reinforced in a recent publication of the UN Economic Commission for Europe (which includes Canada, USA, Europe, central Asia and Russia) that identifies the suitable level of building envelope performance for new buildings in regions including Canada as: “Passive house (Passivhaus) equivalent performance based on life cycle costing limitations”.

Although Canadians have in the recent past looked to Europe for examples of leadership in building performance, China is now the global leader, designing and building more high-performance buildings than any other country or region of the world. The Chinese Ultra Low Energy Passive Building Standard developed in collaboration with the Passive House Institute and the Chinese Passive House Association incorporates comfort, hygiene and air quality and is the guiding standard for many large-scale developments. The Chinese 3 Star rating system for buildings requires Passive House designs at the top level and government policies are targeting rapid expansion of buildings meeting those targets, as illustrated in Figure 1 below. Furthermore, Chinese companies have started to produce the required high-performance components, including technical advances not yet seen in European components, and are ramping up prefabrication of Passive House buildings. Some of these companies are initiating distribution in Canada.

Throughout the world, whether it be EU members seeking to comply the EU Energy Performance Directive for Buildings, the well-known example of the Capital Region of Brussels which adopted a Passive House building code in 2015 or New York City, jurisdictions are mapping out a path to maximize operating energy efficiency approximating Passive House levels.

Canada has signalled a similar approach. For example, under Build Smart, by 2030 the lowest performing window sold in Canada is to have a glazing U value of less than 0.80, similar to a cool climate Passive House window. Both the BC Energy Step Code and the Toronto Zero Emissions Buildings Framework identify the Passive House metric of 15 kWhr/m2/a as the energy use intensity of the top step. Clean BC, the provinces’ climate plan, states that the provinces ‘net zero ready’ new buildings built in accordance with the model national code starting in 2032 will be 80% more efficient than existing buildings. The City of Vancouver has been recognized globally as a leading city with their Zero Emissions Buildings Plan which also targets Passive House performance outcomes. 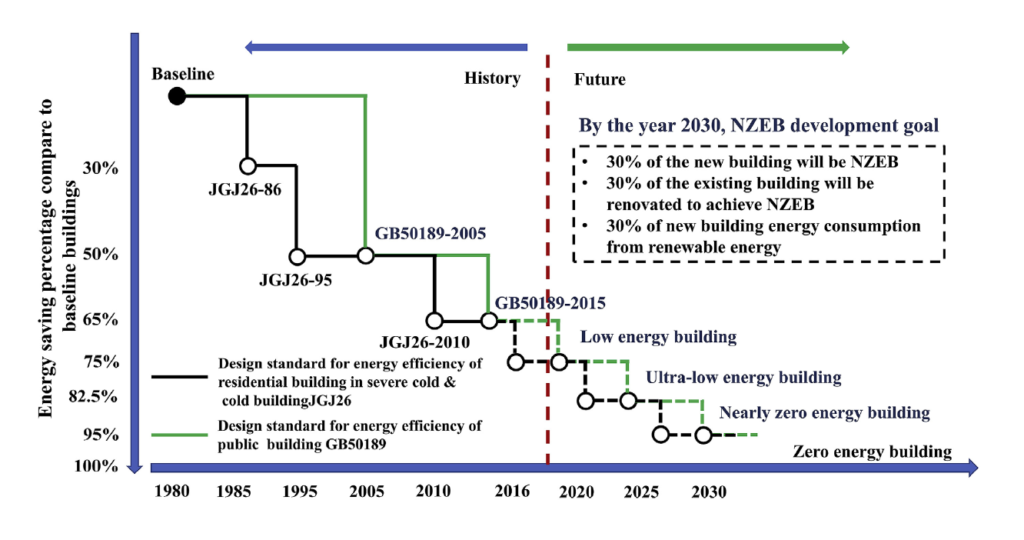 These examples, and others too numerous to mention, amount to an international norm for building operating energy efficiency. The level of performance achieved by Passive House buildings, regardless of the methodology used to achieve that outcome, is widely adopted by regulators and is required to mitigate climate change and achieve the UN Sustainable Development Goals.

Can this level of operating energy efficiency be improved upon? Of course it can. Our role in ensuring a habitable planet and a competitive economy is to look for opportunities to deliver better outcomes. Much time and energy is currently spent evaluating reasons or excuses for accepting lower levels of performance and reducing expectations. Consider how much we could achieve if that time, energy and money was instead invested in pursuing better than Passive House performance.

It is the nature of leaders to seek improvement and pursue excellence, causing benchmarks to improve. As the IPCC Pathways to 1.5º report makes clear, nations must focus not on achieving a minimum benchmark, but on innovation and excellence to enable even better outcomes.